The Dutch governor in Malabar (India) sent a Yemeni or Arabica coffee (Coffea Arabica) seedling to the Dutch governor of Batavia (now Jakarta) in 1696. The first seedlings failed due to flooding in Batavia. A second shipments of seedlings was sent in 1699. The plants grew, and in 1711 the first exports were sent from Java to Europe by the Dutch East India Company, known by its Dutch initials VOC (Vereeningde Oost-Indische Company which was established in 1602. Within 10 years, exports rose to 60 tons per year. Indonesia was the first place, outside of Arabia and Ethiopia, where coffee was widely cultivated. VOC monopolized coffee trading in 1725 to 1780.

The coffee was shipped to Europe from the port of Batavia (now Jakarta). There has been a port at the mouth of Ciliwung River since 397 AD, when King Purnawarman established the city he called Sunda Kelapa. Today, in the Kota area of Jakarta, one can find echoes of the sea-going legacy that built the city. Sail driven ships still load cargo in the old port. The Bahari museum occupies a former warehouse of the VOC, which was used to store spices and coffee. Menara Syahbandar (or Lookout Tower) was built in 1839 to replace the flag pole that stood at the head of wharves, where the VOC ships docked to load their cargos.

The coffee trade was very profitable for the VOC, but less so for the Indonesian farmers who were forced to grow it by the colonial government. In theory, production of export crops was meant to provide cash for Javanese villagers to pay their taxes. This was in Dutch known as the Cultuurstelsel (Cultivation system), and it covered spices and a wide range of other tropical cash crops. Cultuur stelsel was iniated on coffee at Preanger region of West Java. In practice however, the prices set for the cash crops by the government were too low and they diverted labor from rice production, causing great hardship for farmers.

By mid of 1970’s the Dutch East Indies expanded Arabica coffee growing areas in Sumatra, Bali, Sulawesi and Timor. In Sulawesi the coffee was first planted in 1750. In North Sumatra highlands coffee was first grown near Lake Toba in 1888, followed in Gayo highland (Aceh) near Lake Laut Tawar in 1924. 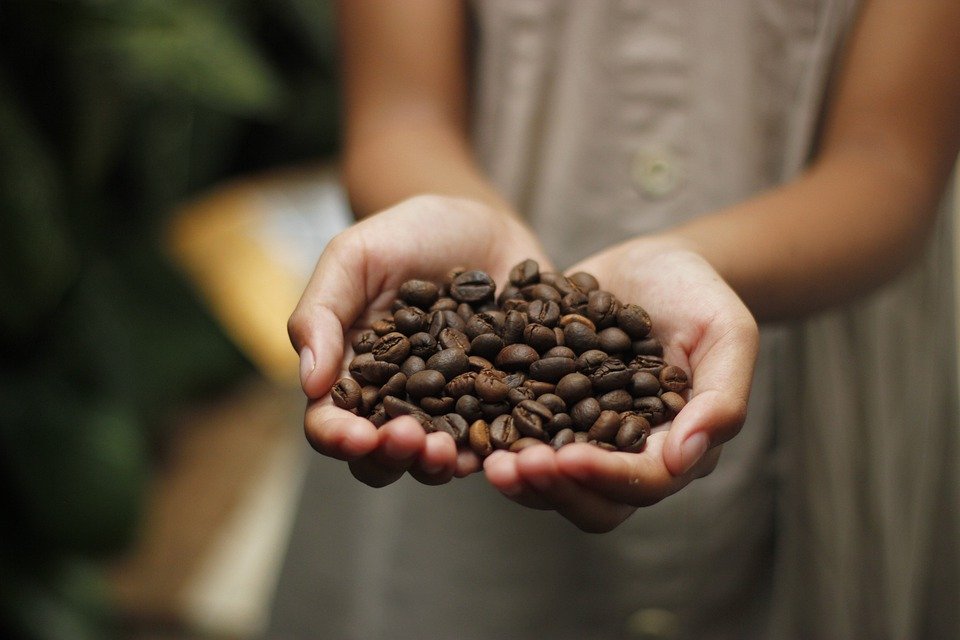 Indonesia, is a country in Southeast Asia and Oceania. Indonesia comprises 17,508 islands and thirty three provinces. With over 238 million people, it is the world’s fourth most populous country, and has the world’s largest population of Muslims. Indonesia is a republic, with an elected legislature and president. The nation’s capital city is Jakarta. The country shares land borders with Papua New Guinea, East Timor, and Malaysia. Other neighboring countries include Singapore, Philippines, Australia, and the Indian territory of the Andaman and Nicobar Islands. Indonesia is a founding member of ASEAN and a member of the G-20 major economies. The Indonesian economy is the world’s eighteenth largest economy by nominal GDP and fifteenth largest by purchasing power parity.

The longest stretched portion of the Highland regions in Indonesia runs approximately 1,790 km (1,100 miles) northwest – southeast, crossing the equator near the center. At its widest point the island spans 435 km (270 miles). The interior of the island is dominated by two geographical regions: the Barisan Mountains in the west and swampy plains in the east.

The backbone of the island is the Barisan mountains chain, with the active volcano Mount Kerinci’s 3,805m (12,467 ft) the highest point, located at about the midpoint of the range. The volcanic activity of this region endowed the region with fertile land and beautiful sceneries, for instance around the Lake Toba. It also contains deposits of coal and gold.

To the east, big rivers carry silt from the mountain, forming the vast lowland interspersed by swamps. Even if mostly unsuitable for farming, the area is currently of great economic importance for Indonesia. It produces oil from both above and below the soil—palm oil and petroleum.

Sumatra is the largest producer of Indonesian coffee. Small-holders grow Arabica coffee (Coffea arabica) in the highlands, while Robusta (Coffea canephora) is found in the low lands. Arabica coffee from the regions of Gayo, Lintong and Sidikilang is typically processed using the Giling Basah (wet hulling) technique, which gives it a heavy body and low acidity. 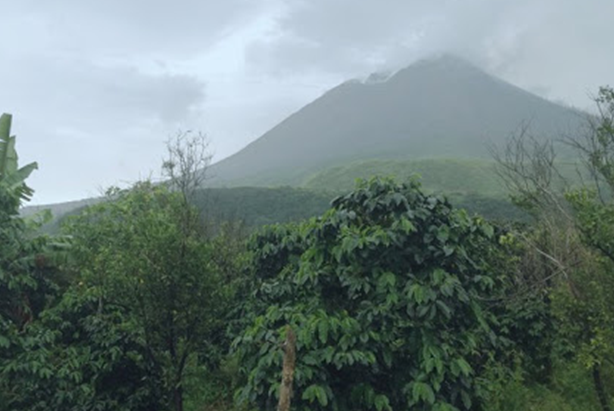 In 1860, a Dutch colonial official, Eduard Douwes Dekker, wrote a book called “Max Havelaar and the Coffee Auctions of the Dutch Trading Company”, which exposed the oppression of villagers by corrupt and greedy officials. This book helped to change Dutch public opinion about the “Cultivation System” and colonialism in general. More recently, the name Max Havelaar was adopted by one of the first fair trade organizations.[3]

In the late eighteen hundreds, Dutch colonialists established large coffee plantations on the Ijen Plateau in eastern Java. In the 1920s smallholders throughout Indonesia began to grow coffee as a cash crop. However, disaster struck in the 1876, when the coffee rust disease swept through Indonesia, wiping out most of Typica cultivar. Robusta coffee (C. canephor var. robusta) was introduced to East Java in 1900 as a substitute, especially at lower altitudes, where the rust was particularly devastating.

The plantations on Java were nationalized at independence and revitalized with new varieties of Coffea arabica in the 1950s. These varieties were also adopted by smallholders through the government and various development programs. 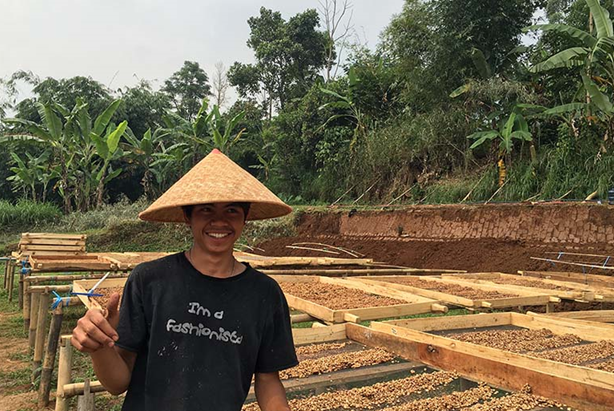 Indonesia is home to a special type of coffee known as Kopi Luwak, a brew that for upwards of $50 per cup. The beans for this type of coffee are said to be very aromatic and taste far less bitter, pleasing the palettes of a wider audience.

However, the way this coffee gets it’s flavor might stop the unadventurous in their tracks. You see, a little weasel-like animal, the Luwak, eats the coffee berries. The outer, fruit part of the coffee cherry is digested while the rest of the bean is defecated, collected by locals, cleaned, dried and roasted. Yes, the Kopi Luwak is a coffee made from previously ingested coffee beans! 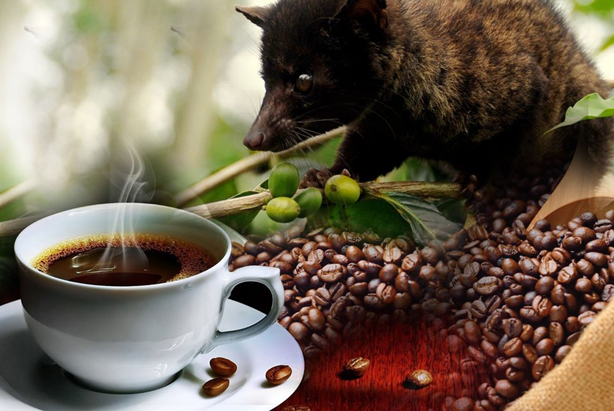