Historically, Vietnam is one of the most important countries involved in coffee cultivation, and today is the world’s second largest producer of coffee (second to Brazil), a fact that comes as a surprise to most coffee consumers.

The history of coffee throughout Southeast Asia dates back to Dutch and French colonialism in the 18th and 19th centuries. Around 1890 the French established a thriving coffee industry in several locations of the Annam Region, a mountainous plateau that extends through several countries. In terms of coffee, Laos and Cambodia were probably earlier players than Vietnam. But eventually Vietnam became the leading producer of coffee in Southeast Asia. 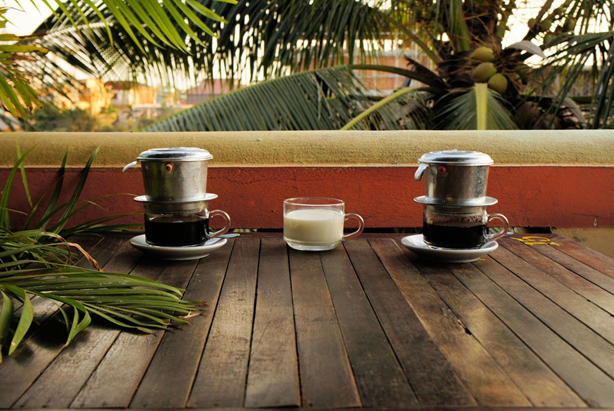 Vietnam is the easternmost country on the Indochina Peninsula in Southeast Asia. It is bordered by People’s Republic of China to the north, Laos to the northwest, Cambodia to the southwest, and the South China Sea, referred to as East Sea (Vietnamese: Biển Đông), to the east. With a population of over 97 million, Vietnam is the 13th most populous country in the world.

Vietnam and Southeast Asia have a fascinating topography. The location of the mountainous regions traverse the area in roughly the same direction as the prevailing winds. There are north-facing slopes that are entirely different in climate than south-facing slopes, and wide regions with altitudes that are right for different species of coffee. Because of this, almost any species of coffee can be grown in what would be considered its ideal, or “native” climate, up to about 1800 meters in altitude.

The Vietnamese coffee landscape brews half-a-dozen unique species and varieties, among them Arabica (and an “indigenous” Sparrow, or Se, Arabica), Robusta, Excelsa (sometimes called Chari), Liberica, Catimor and others.

The Annamite Plateau (The Highland region of Vietnam) is one of the world’s “top 10” best environments, combining the right altitudes, soils, natural drying conditions, and temperatures for producing the finest of gourmet coffees. The topography of the Annamite Plateau is very complex and creates regional microclimates, which were observed over a hundred years ago and exploited for maximum diversity of bean species and varieties. 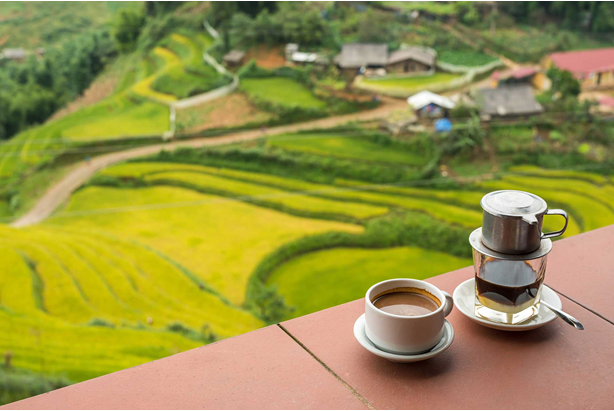 Today Vietnamese coffee is imported by over 40 countries and territories all over the world, including big markets as the USA, Germany and EU member countries. in the next few years Vietnam will have around 300,000 to 400,000 Ha under Robusta coffee beans and around 100,000 TO 200,000 ha under Arabica coffee beans. The total production will then be around 600,000 tons, i.e. 10 million bags, in which 7.5 million bags of Robusta and 2.5 million bags being Arabica.

Vietnamese coffee style is not unique to Vietnam. It is popular in Laos, Cambodia, Thailand and other regions. The brewing style is low-tech, using a simple metal filter called a Phin filter. The filter also works beautifully for making a tall glass of iced coffee.

In Vietnam, coffee is not consumed on the run. People sit in cafés or at home and brew the coffee at their table leisurely in single servings. 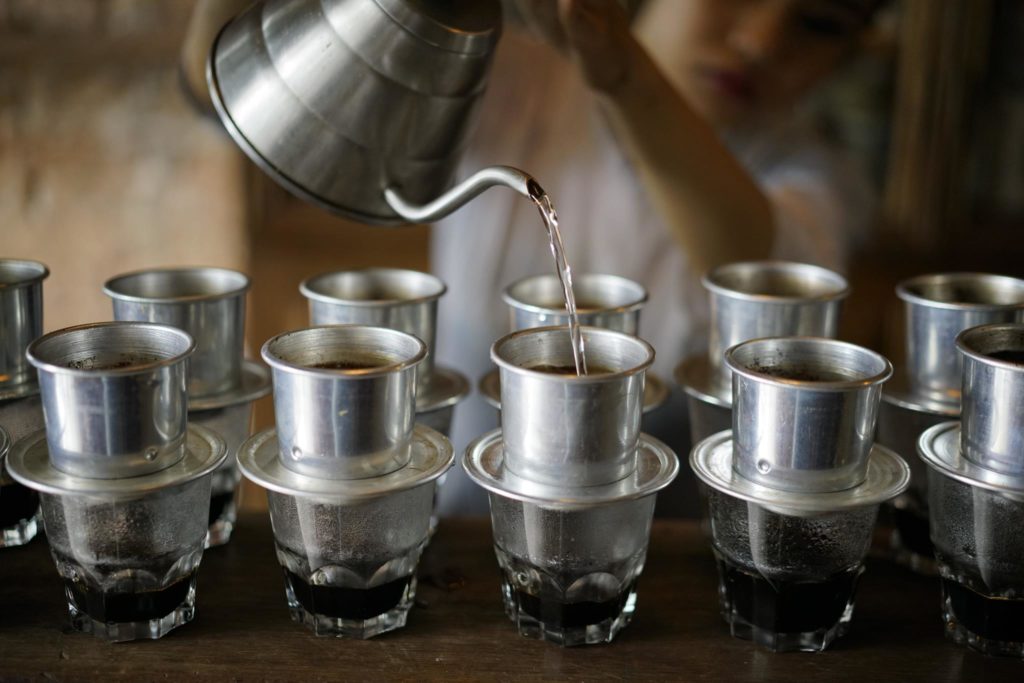