The first coffee plants were introduced into Laos between 1913 and 1916 but the experiment failed very quickly. In 1917, coffees plants (Arabica and Robusta), selected from Saigon’s botanical garden, and were planted by the French at Thateng, a small village situated in the northern part of the Bolaven Plateau. These plants adapted well to the climate of the south Laotian province but, mainly due to lack of care, most of them did not survive.

Coffee production did not really develop until 1930 when an annual production of 5.000 tons of Arabica coffee was harvested. Twenty years later, in 1950, most of the coffee plants were destroyed by a combination of orange rust disease and severe frost. Production fell to less than 1.500 tons and farmers gradually replaced the Arabica plants with Robusta, by nature a more resistant variety to disease and low temperature. 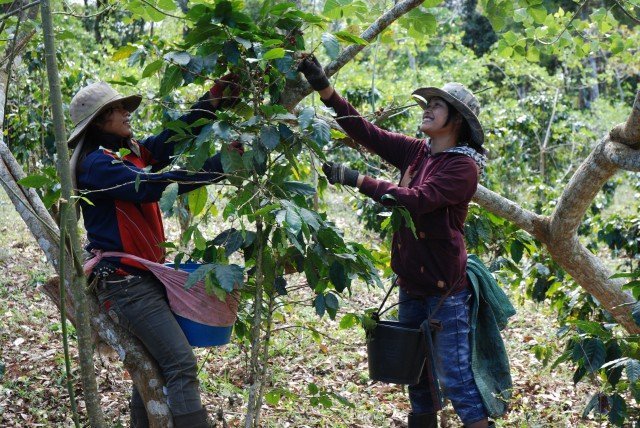 With an average elevation of 1,100 meters, fertile red basaltic soil and annual rainfall in excess of 350 centimeters, the Boloven’s geology, topography and climate are a coffee planter’s dream. The monsoon cycle gives Laos two distinct seasons: June to October being more or less wet while November through May is essentially dry. The temperature seldom exceeds 27¡ãC. The French, who held Laos as a colony from 1893 ?1949, regarded the Boloven plateau much as the British in India did Kashmir and used it to escape the lowland swelter.

Unfortunately, the Phu Phieng Boloven was also an integral part of the Ho Chi Minh Trail, the corridor through which men, arms and supplies were transported from North to South Vietnam during the French and American Indochina conflicts.

Today Coffee is grown by about 20,000 families who live in 250 villages throughout Highlands. Each family cultivate between 0.5 and 3 hectares of coffee plants thus making it an important source of income for many people in the area. 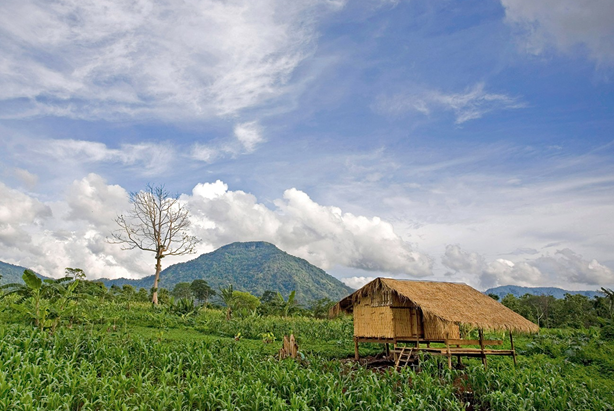 In 1970, Laos had produced about 7,000 tons of coffee but production dropped sharply again during the war to 3,000 tons a year.

During the early 1980’s, farmers’ interest in coffee production had renewed and nowadays about 15,000 tons of coffee is produced in Laos, 95% of which is Robusta.

In 1993, a new variety of Arabica, resistant to the rust, was introduced on the Bolaven Plateau and more specifically into Champasak’s province. The experiment was very successful. 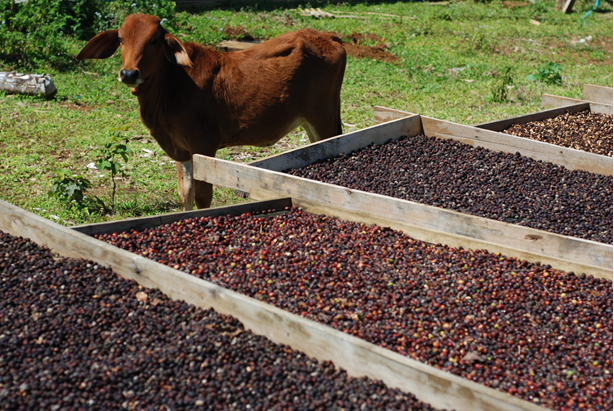 Coffee can be found just about everywhere in Laos. Lao coffee is made in a coffee sock and is very thick, strong and dark black. It is served in a small glass with a couple of tablespoons of condensed milk at the bottom. Coffee is always served with a chaser of either weak black tea or warm water. 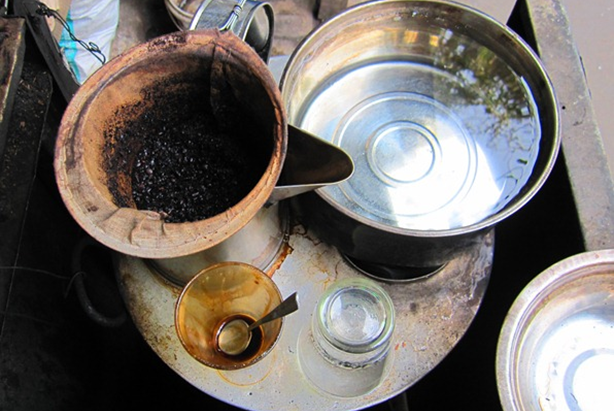